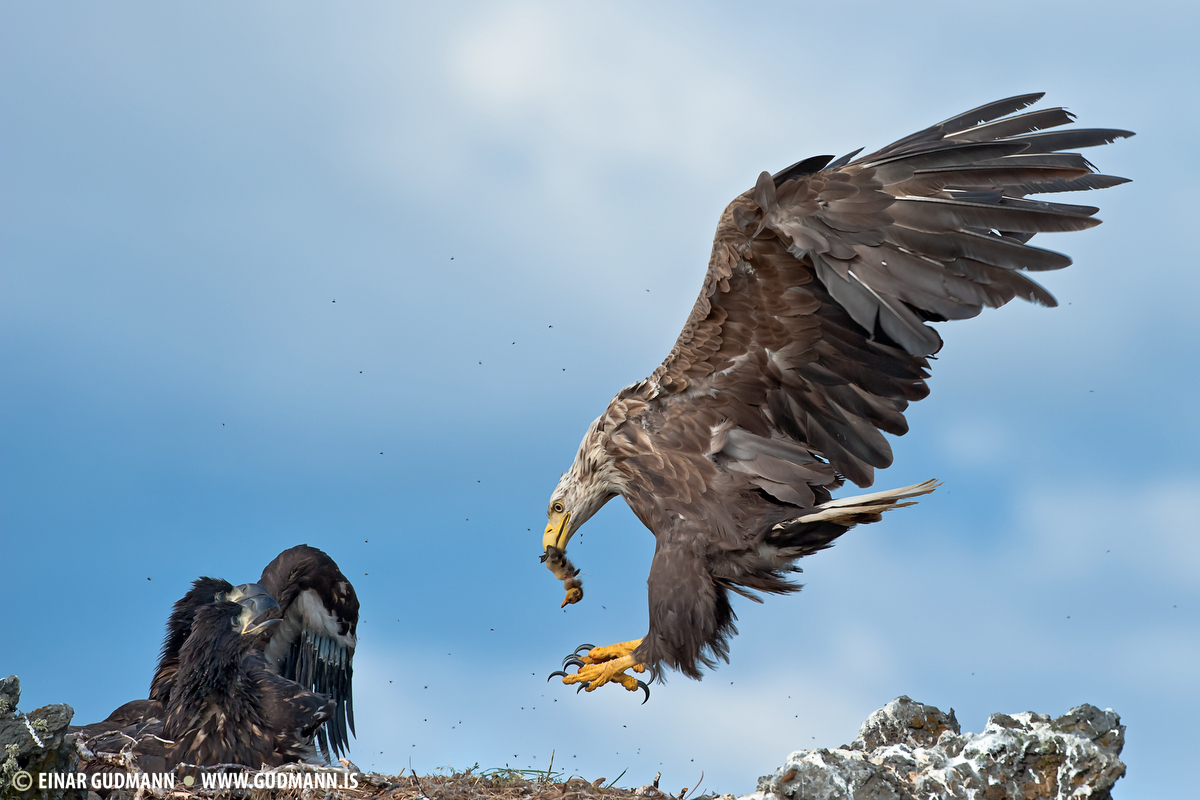 Birds are in general difficult models. Some more difficult than others. Few years ago when me and Gyda, my wife planned to photograph Sea-eagles we did not really have any idea of what we where getting into. We had good experience with most bird species in Iceland, including the gyrfalcon which is very shy. But if there is a top ten list of the most shy birds ever, the Sea-Eagle is probably at the top of the list. Most Icelanders have never seen a Sea-eagle. The reason is that only around 80 pairs exist in the country. It also tends to have it´s nesting sites as far away from us humans as possible. Due to the vulnerable status of the Sea-eagle in Iceland it is protected by law and without a license it is forbidden to photograph them. For few years we have spent many days and sometimes weeks each year in a hide observing the nesting sites. Even though around 80 pairs exist in the country, only 20-30 have chicks each year. Some years none of them have nesting sites at locations where it is possible to photograph them. This is why we have been working closely with the scientists at the Icelandic Institute of Natural History.

The first year we that we tried to photograph Sea-eagles from a hide the dream was to photograph the Sea-eagle bringing prey to the nest. A photo I had not seen before. Since then we have been fortunate to get to know and observe this special bird very closely. Since waiting for many days, up to 15 hours each day sitting on a uncomfortable chair in our small tent leaves one with a lot of time, I have kept a diary of the Sea-eagles behavior. Most of the time it brings fish to the nest. Only one in four feedings have been birds, hence the name – Sea-eagle.