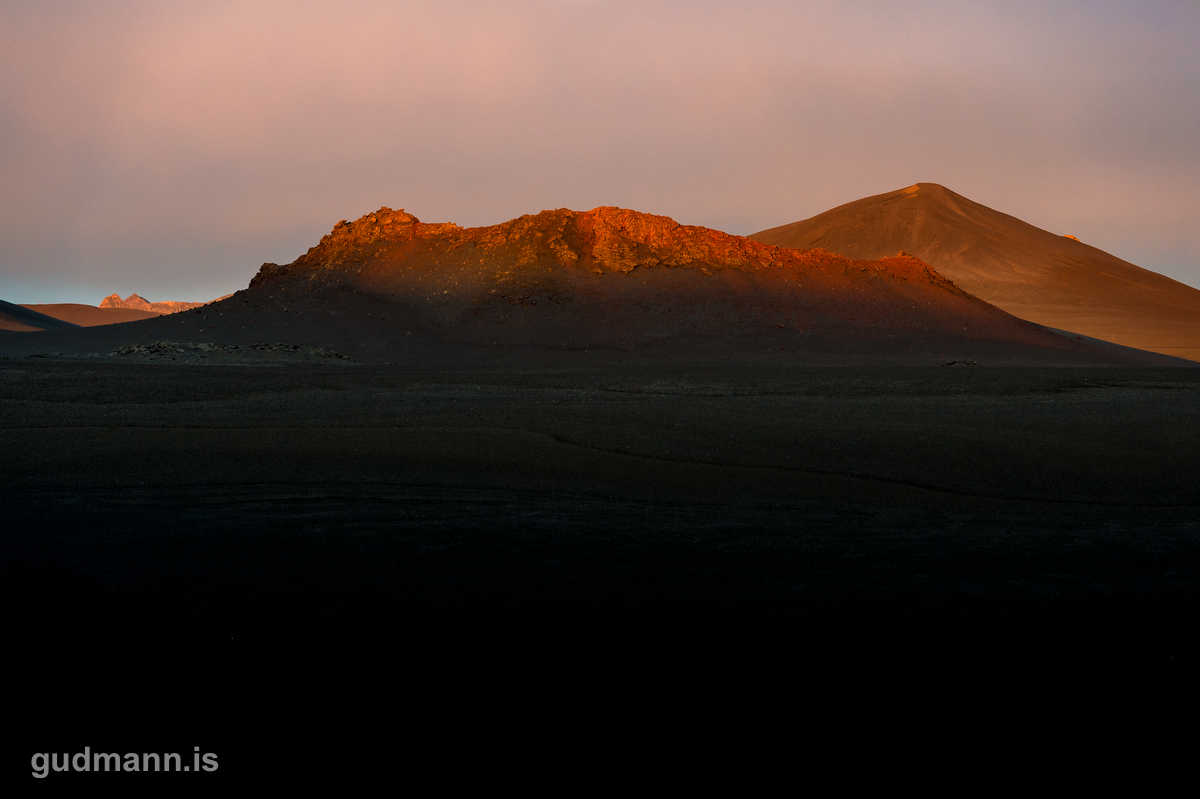 We made plan A, B, C. All of them failed. The plan was to go to Veidivotn. It´s an area with around 50 lakes near Fjallabak area and Landmannalaugar. Basically it´s moss and sand. Mostly sand. That was plan A. If it failed due to too much water in the rivers we would take plan B and go to Vatnaöldur road which is nearby. A small sign said it was closed. Then we got to plan C which was going to Hraunvötn. The road to Hraunvötn was supposed to be near the road to Vatnaöldur. No road was found. 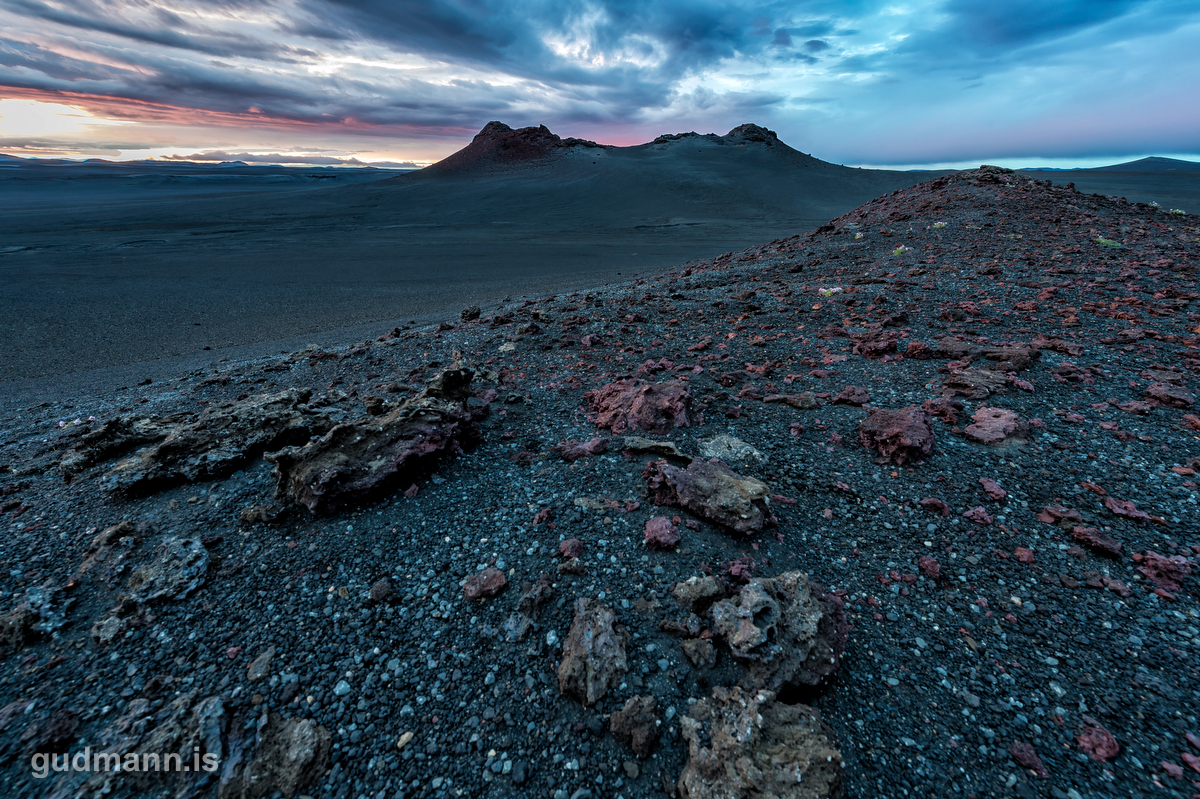 On the road to plan A, B, and C we got this small window of light shining on the top of a crater near the Vatnaöldur area. I imagined the crater would look great while standing on top of it and aiming for the sunset. Knowing I only had few minutes left oft the light I ran for the sand and hills. With the taste of blood from my lungs in got to the top of it. Darkness crept in and the red rays of sun had disappeared. The crater looked like two rocks. 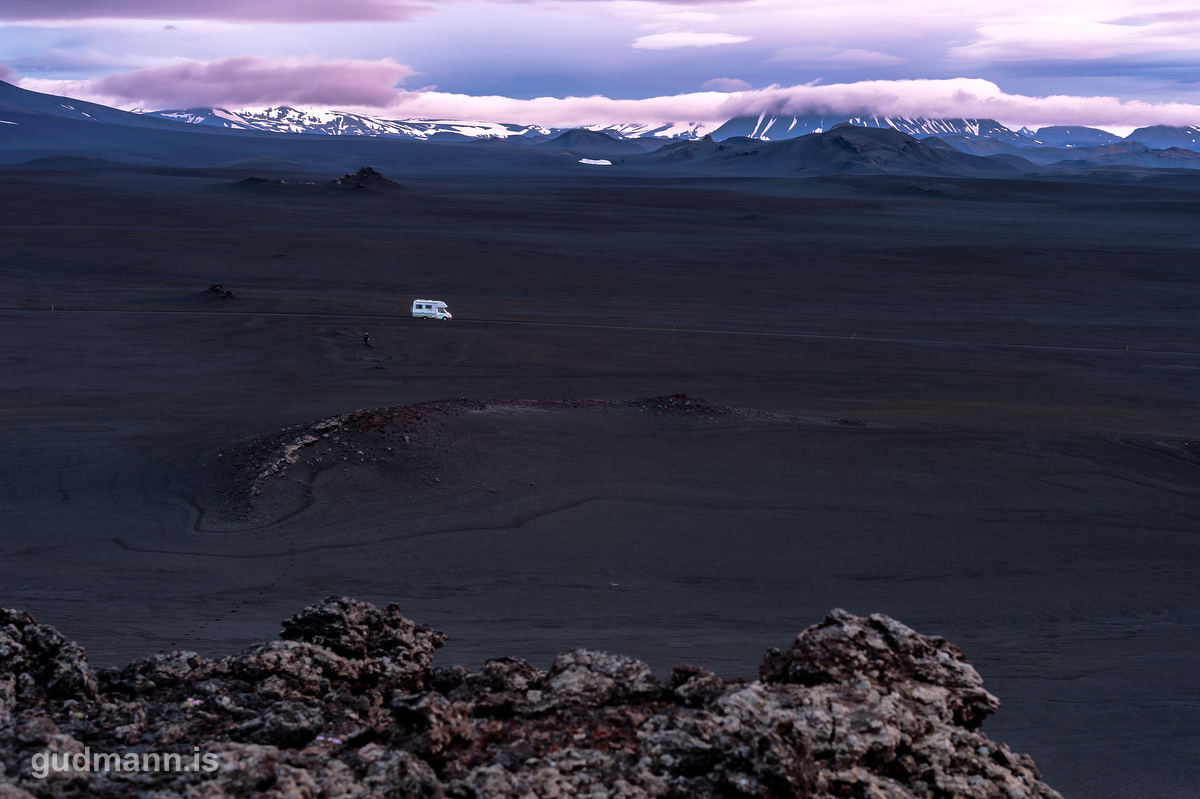 Disappointed but thrilled with the view I walked back to our mobile home which looked like it was alone in the world in the sand which looked endless. In the photo above you can see Gyda trying to capture the crater.

We went to plan D which was going to Landmannalaugar. That´s where we are now. Great weather, not much light, but we have a full fridge of food and plenty of time. And the best weather in Iceland at the moment. What more do we need?