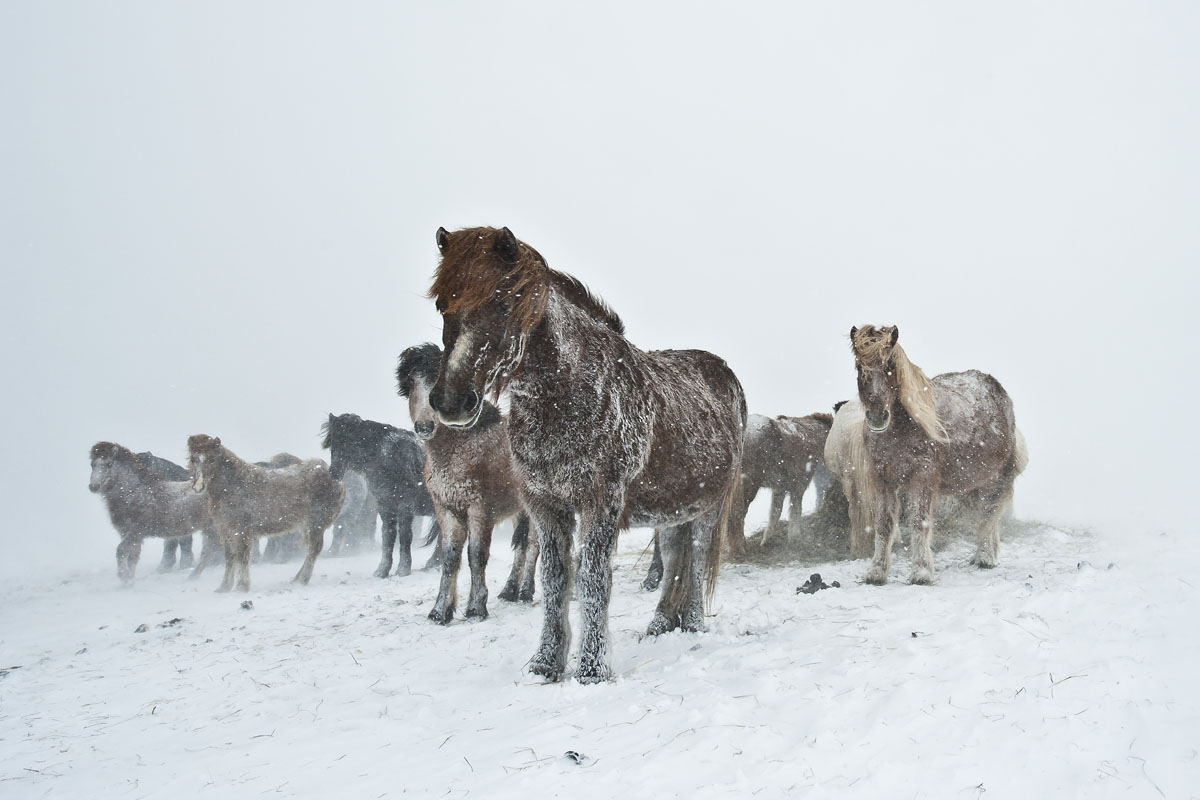 Yesterday it was snowing and quite windy. Some might call it a snowstorm. During the wintertime many Icelandic horses are outside and as one might guess – in all weathers – and I wanted to try getting a shot of a horse in a really bad weather. The horses I took these photos of are in Svalbarðsströnd, only fifteen minutes drive from my home. It was very cold and the snowstorm took it´s toll on the cameras, two Nikon D3´s with the 14-24 f2,8  and 105 mm f2,8 VR lenses. It´s impossible to change lenses in a weather like this so having two bodies is a benefit.

From the road I caught a glimpse of the horses, but this was a white world. Sometimes the visibility was only few meters, but in between the sun made the sky white like paper. I had the 105 lens at f2,8 most of the time which is not a good idea since vignetting is quite obvious when the lens is open like that. It was not all bad though in my opinion. Pointing the 14-24 into the wind means that only seconds go until the lens is covered with snow. Therefore I held the lenscloth in front of the lens and almost constantly wiped the glass. In only fifteen minutes the cloth was wet and did not do much good. 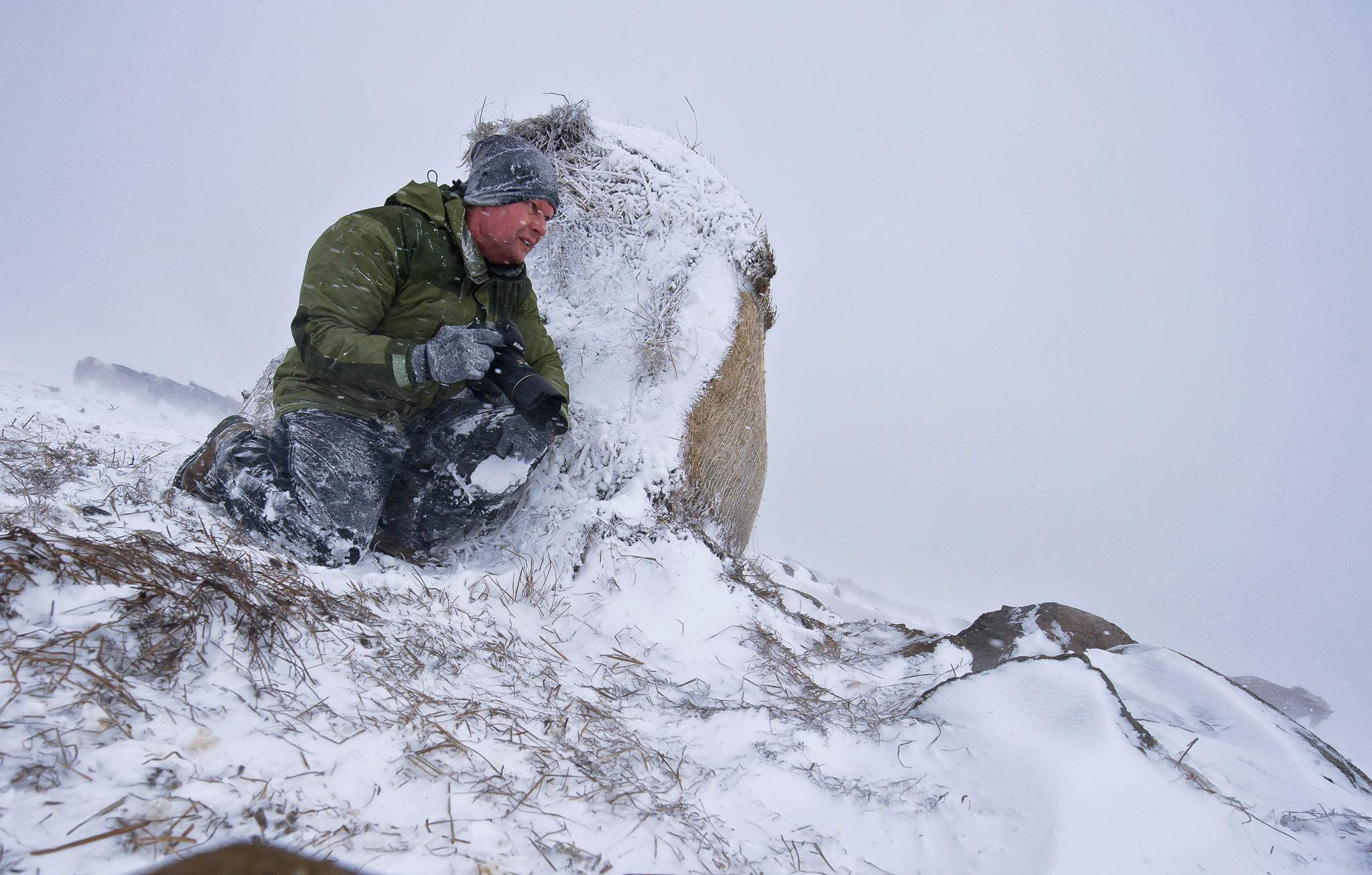 It was refreshing to go out into this weather. For some kinky reason I have always felt good in the worst of weathers since I was a kid. That doesn´t change the fact that it was getting really cold. This was though a good time spent – and sure beats sitting in front of the computer. A real quality time.