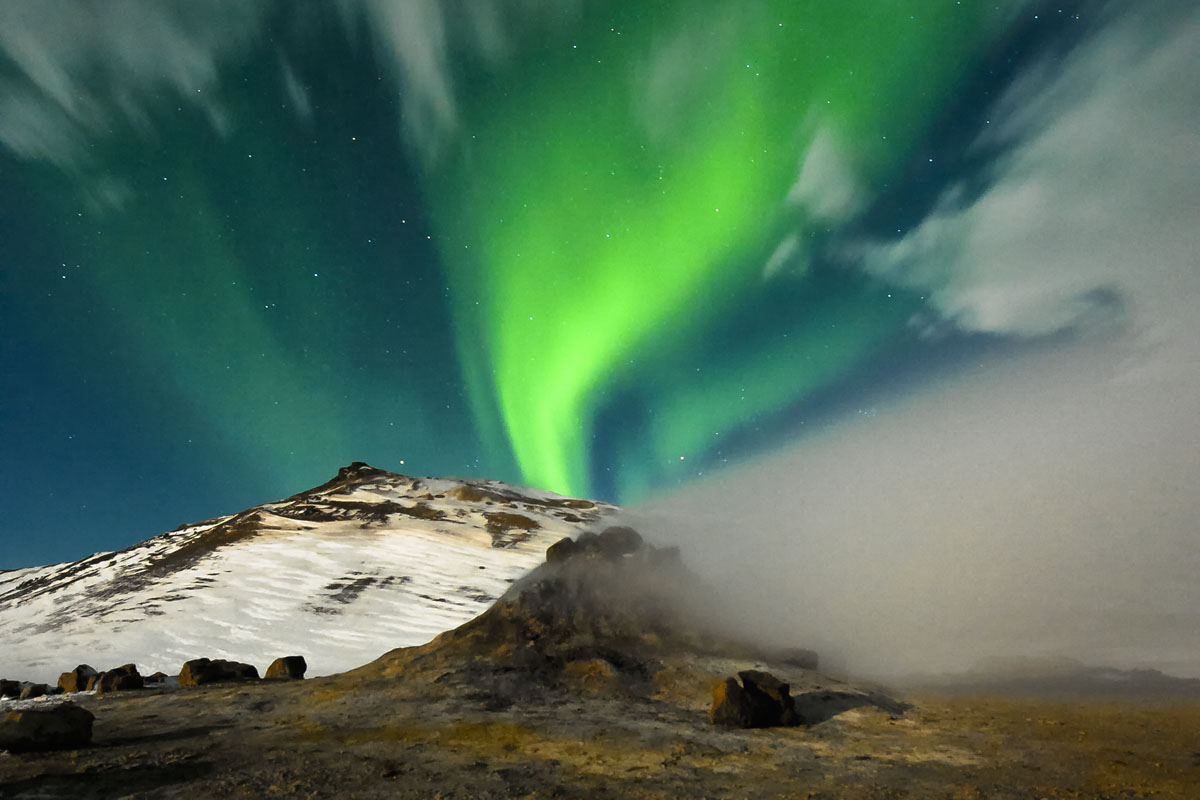 This weekend me and Gyda decided to go to Myvatn hunting for Nortern lights. the forecast was extreme and the weather could be worse. It´s the middle of winter here in Iceland and there was snow and bit stormy on the way to Myvatn. Cloudy most of the way, but when we arrived to Myvatn, the moon lit up the sky in the east. Hverfell is a popular subject in photography, but we did not stop for long there. The northern lights appeared, but not exactly where we wanted. Running up and down the lava covered with snow is a bit risky with all the gear we have so Námaskarð, the geothermal area was our next stop.

We had stayed in Námaskarð for an hour when the Northern lights suddenly appeared on one photo. To begin with the camera sees a lot better than the eye. Most of the photos were taken on 10-15 seconds at iso 1600-3200. When the aurora appears it doesn´t stay visible for more than two to three minutes and it´s only possible to get few shots. Around two o´clock after midnight it was mostly over and we headed home, which is a bit more than one hour´s drive.  At the end of each phototrip I have a good or a bad feeling for the quality of the frames I got – this time I don´t think the photos will be remembered, but we will remember a fun trip in the middle of the middle of the winter to one of the most beautiful and remote locations in Iceland.