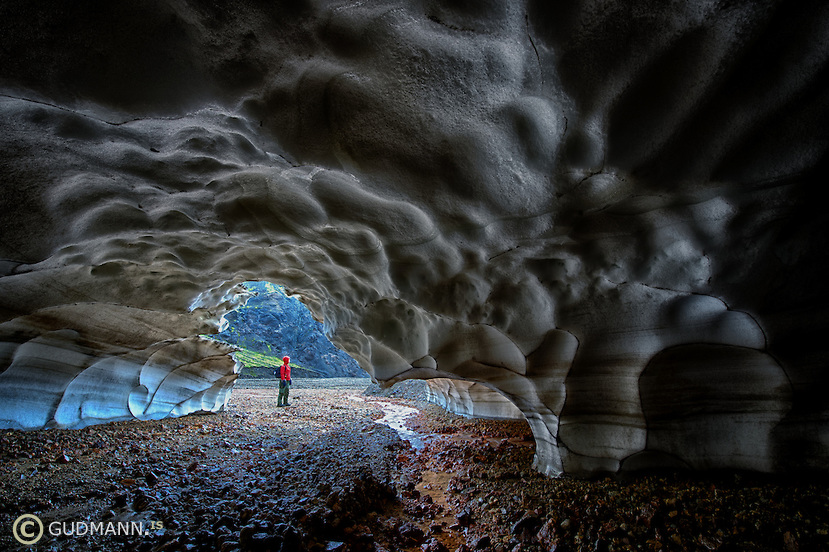 Yesterday we came home from a four day photography session. We hiked in some of the less known areas of Landmannalaugar and found this cave. Since the light difference is great I took two photos, one for the light outside and another one for the light in the cave. Outside it was raining but strangely enough it was nice in the cave. Most of the time it is dangerous to enter ice-caves like this one at this time of year. One has to be careful. This one was though massive enough to be considered safe.