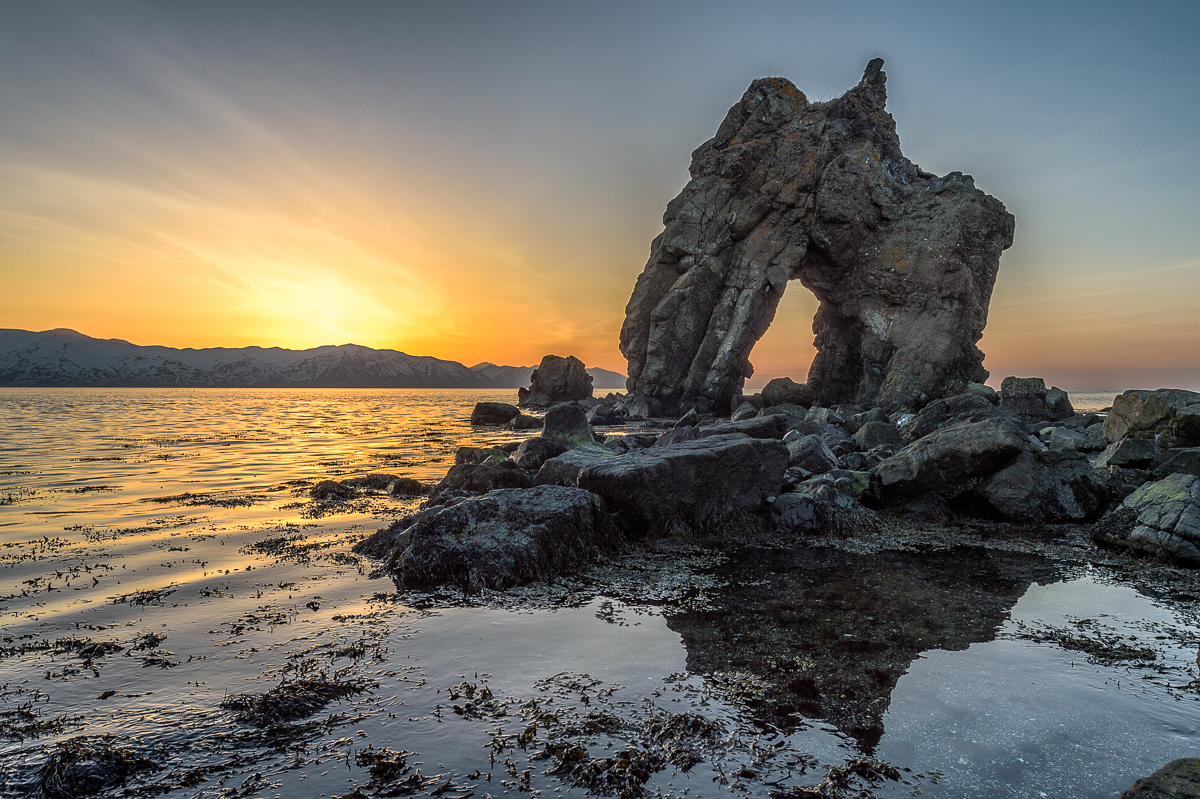 I use the icelandic weather forecast from the Icelandic Met Office at www.vedur.is for more or less all photography and travel plans. This is the site to check at least twice a day if you are a photographer traveling in Iceland. In the winter it´s also very important to keep an eye on the road information at www.road.is. I often check the webcams for the roads.

My use of the weather and cloud forecast

These websites plus possibly the yr.no site are the basic things I use and trust when deciding to go east or west. Where I live – in Akureyri – there is really no north or south in terms of photography travel by car. In the north is the Atlantic ocean and the northern pole and in the south snow and glaciers at this time of year.

From photographers point of view the cloud cover forecast is really important (check link). But like yesterday it does not always come through. I checked it at noon and according to the forecast it was going to be completely clear near Húsavík and the northern lights forecast was promising.

I took of in my no 1 photography gear – the mobile car – where I am blogging from right now. Arriving just before dark at Gatanöf near Husavik it was partly cloudy. Not exactly what the forecast predicted. When walking towards the location down at the shore the northern lights forecast did not disappoint anyone. The sky above me was glowing. Down by the sea it was less spectacular when looking to the west. It was cloudy. This was bad news since this was the background of Gatanöf – the subject of the moment.

A tourism diamond in a silicon metal plant

This location at Gatanöf near Húsavík is dangerously close to the PCC silicon metal production plant which is being built at the moment. I suspect the Gatanöf rock formation is going to prove to be much more valuable for the economy of Húsavík and Iceland as time passes. In less than 100 years this silicon metal plant will probably be a bad tasting memory of the past and will probably be redesigned as a cosy accommodation for aurora and landscape loving photographers with the Gatanöf rock as the main attraction. Popular photography hot-spots are very valuable for Iceland. This is what the tourist industry is based on. This is what we are selling the tourists and the medium to do so is capturing photos. Without photography there is nothing to show and sell. The tourism is proving to be saving Iceland from the economy collapse.

I am not joking. There are not that many photography hot-spots in this part of the country, but Gatanöf is one worth visiting. Over time this is a valuable asset for the Húsavík tourism industry and is going to last longer than a temporary silicon metal plant which will only last 50-100 years. This is just my way of thinking. I believe us humans need to think long term in terms of conservation of our environment.