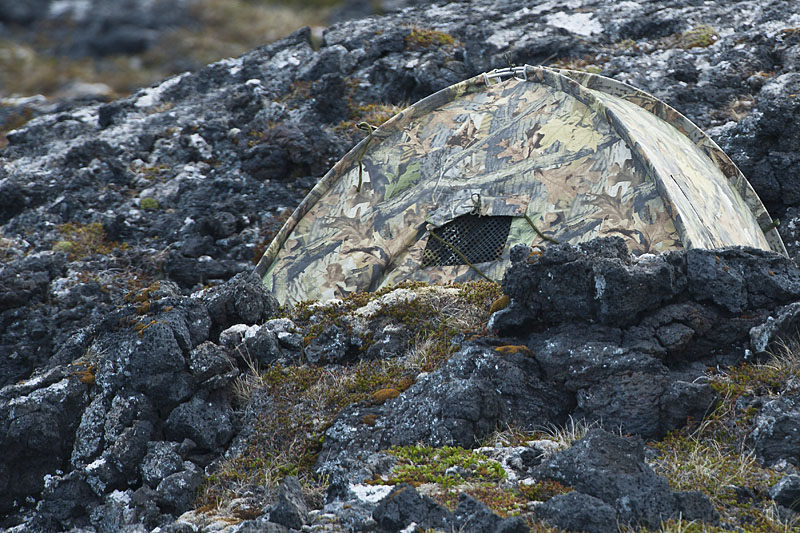 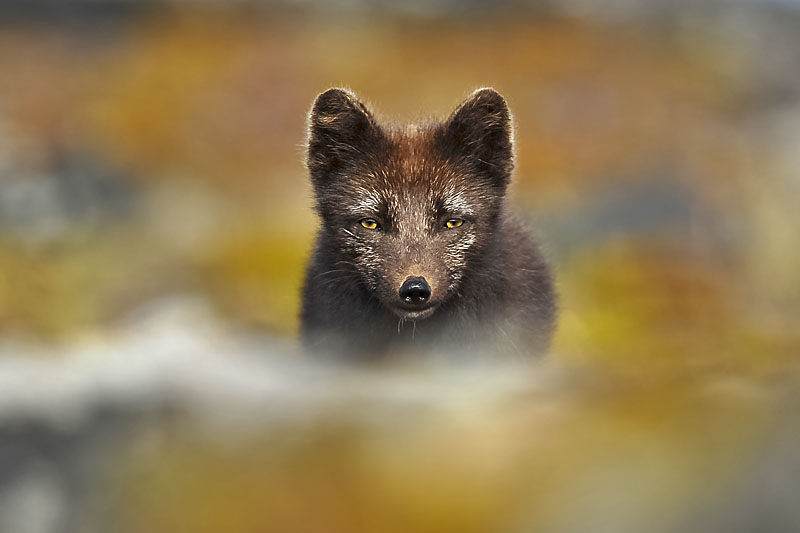 The arctic fox has always been a mystery to me. The population of wild arctic foxes is unknown in Iceland, but we know that up to 8000 foxes are hunted each year, counting cubs and grown ups. Ancient reasons and farmers need to protect sheep are the main cause for hunting today. Despite this number of arctic foxes it is rare to see one when traveling around the country.

I had dreams of getting opportunity to photograph arctic foxes out in the wild for many years. Hunting foxes is one thing, getting a photo which is more than a snapshot is another. My wife who also is deeply involved in wildlife photography agreed with me early in 2011 that we would do our best to capture photos of arctic foxes. The easy way would be to go to Hornstrandir in the Westfjords. The arctic fox is protected there and hunting is not allowed. Tourist have made the arctic fox in Hornstrandir used to humans and some of them are collaborative when photographing. Despite Hornstrandir being the easy way for arctic fox photography, we decided to find our models somewhere else. Knowing that foxes are in most mountains we planned to go the hard way.

To make a long story short, we found few dens after extensive searching in lava-fields in the south and with luck we also found foxes in the eastern part of Iceland. The goal was to capture the following behavior of the arctic fox: 1. Capture a photo of a fox with it´s pray. 2. Capture a photo of a fox nursing it´s cubs.  These goals might have been quite optimistic to begin with since I have never seen similar photos of Icelandic living foxes.

I wrote a diary while photographing foxes, sea eagles and gyrfalcons in the summer of 2011. In due time I might share the experience here. It took days, sometimes freezing, sometimes melting to reach our goals, but today we are fortunate to have the experience of photographing wild arctic foxes in Iceland. Spending all this time in the presence of these remarkable animals was rewarding. Getting insight into the foxes behavior, movements and spectacular nature is unforgettable.