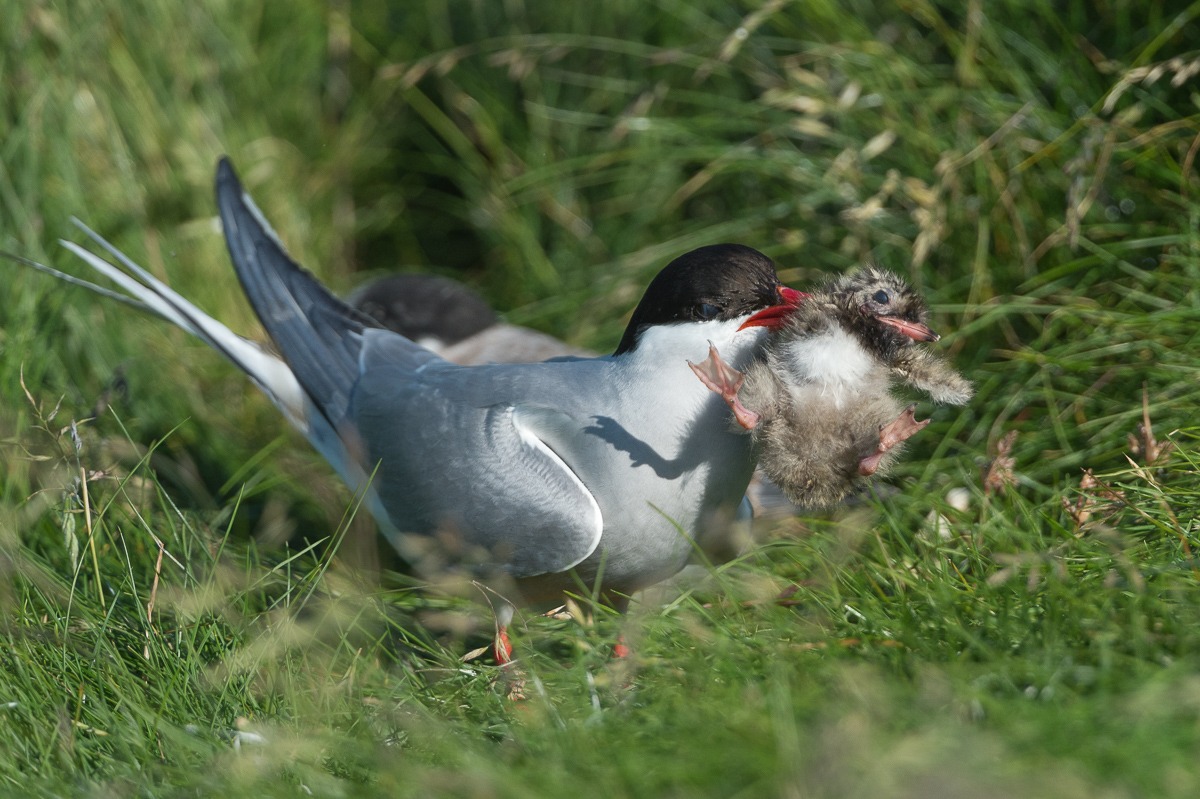 It can be tough to watch the life of birds when the cold and cruel reality is showing it´s face. We are now in the south of Iceland, in the Öræfi area where all the tourists are which is a big change from the few tourists in the east. Yesterday we watched skuas and arctic terns, to be exact, watched the skuas hunt arctic tern chicks for food. The skua is a big and massive birds. Too big and strong for the arctic tern. It is a example of how the strong dominate the weak. This happens not only in the world of birds but also in the human world.

More interestingly we watched a arctic tern kill a young chick. Repeatedly it sat down beside the chick, pick on it and do it´s best to kill it. When the chick was on it´s back lifeless being thrown too close to a another much bigger chick it also attacked it. This behavior of the arctic tern raises questions. All around the arctic tern were other terns busy feeding their chicks. It seems to be plenty of food and they thrive well. The answer can probably at it´s best be some guessing, but this is how the world of birds appears to be cold and cruel as can be seen in the photos. Cruelty takes on many forms.