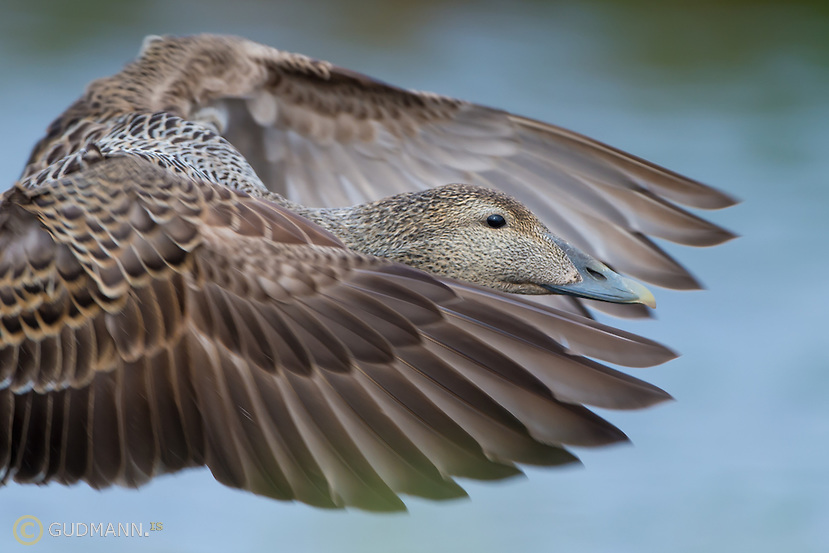 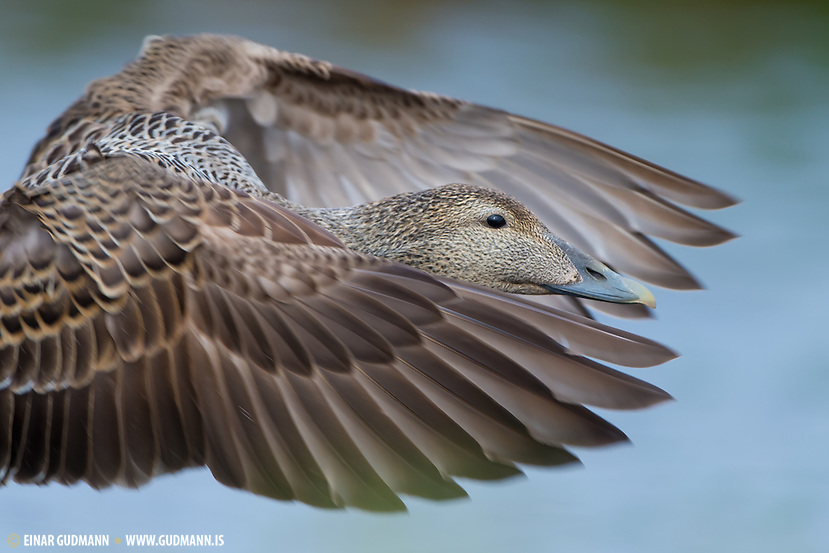 The relationship beetween the common eider (Somateria mollissima) and us humans is a great example of cooperation between humans and nature. It breeds in islands and along the shore all around Iceland. Around 400 farms attend the nesting sites and try to make sure the Common eider feels safe there and give them protection against predators. They have been protected by law in Iceland since 1849. Instead the farmers get the eiderdown which is very valuable. Only 5-6 nests give the farmer similar profit as one sheep.  The bird uses the eiderdown in the nest for insulation. Around 3000 kg a year total. This is the reason the Common eiders are not very shy of humans. When walking around their nesting sites you have to be careful not to step on them, since the female is very camouflaged.

I shot this photo of a flying Common eider near Reykhólar, west-Iceland with Nikon D4s and 500/f4. It took me by surprise but I liked that the focus was on the head.