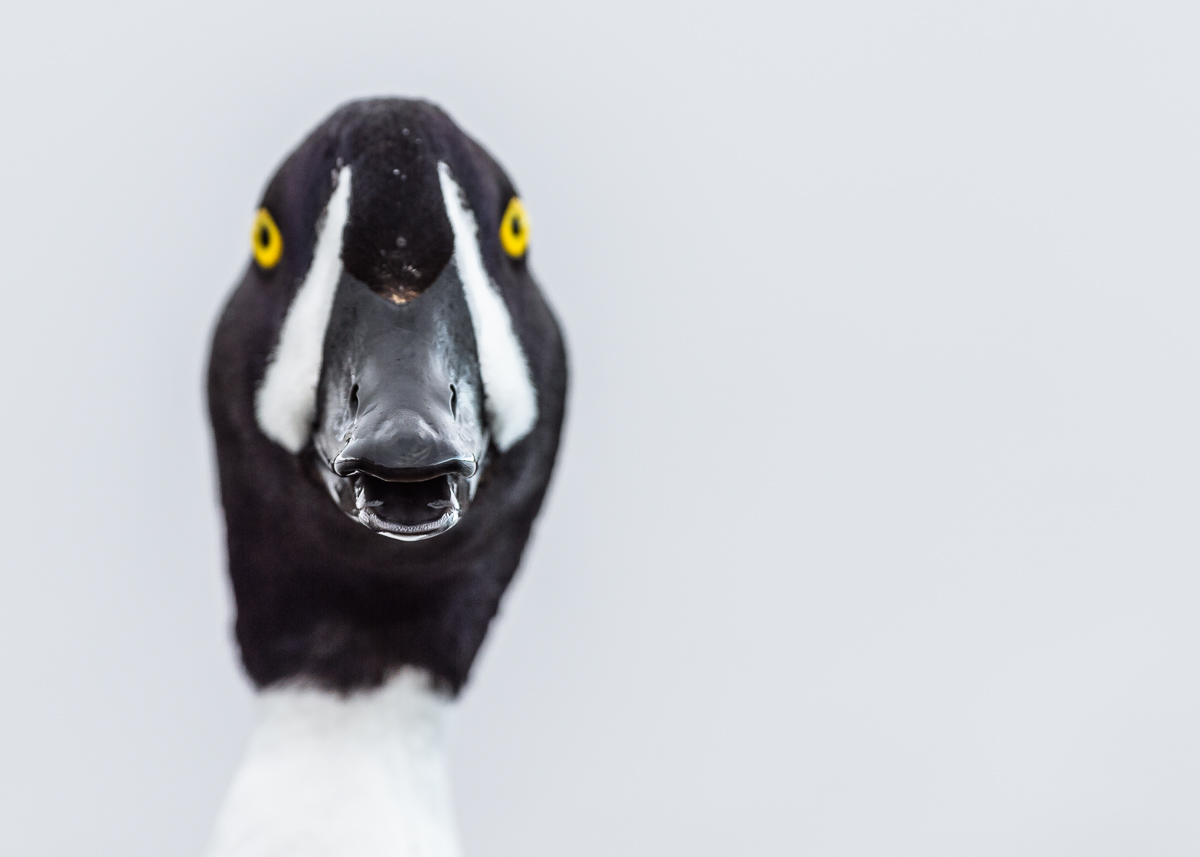 This week we have been photographing birds in northeast Iceland. Mostly in and near the Myvatn area. The summer is not here yet even though the tourists think so. The tourists are everywhere which is strange for this time of year. It´s obvious that the effort to get tourists to Iceland the whole year around is working. A woman I met yesterday near Myvatn wearing open slippers tells me someone forgot to inform the tourists of the conditions in Iceland.

We travel by mobile home which is an old ´96 Ford Transit. The car is the main photographic gear since it makes it possible to spend many days photographing. Without it we probably would not last so many days out there. This week´s weather has also proven the need for a warm car waiting after a cold photographic session.

The birds are busy preparing for summer but it is obvious that Myvatn is 250 meters above sea level. There is still ice on some parts of the lake even though it is probably only days until it will be gone. At this time of year the males are fighting for territory and females. Watching them from only few meters away from a hide is fascinating since they are constantly fighting off the competition and other species as well.

The weather has been cloudy and cold but the birds are busy. Yesterday I woke up at 4:15 and looked out of the window of the mobile car. The rising sun told me this was what I had been asking for. Nothing can replace great light and despite the minus 3 celsius the birds were active and willing to get very close to my hide. I went outside and up to the roof of the car to fetch the hide and the neoprene waders. It was icy but still the rising sun made me forget the cold.

I was photographing in the grassy edge of a pond and sat in the water wearing neoprene waders. Sitting in the cold water means the cold will get to you eventually. The light lasted only 45 minutes. In less than two hours I was thankful for every millimeter of the neoprene. The cold water and the minus 3 celsius really sank in. I was almost glad to see the clouds cover the sun so I had a legitimate reason to go back to the warmth of the car. The Goldeneye´s had been showing off in front of the lens, and when the cloud cover took over it was almost meaningless to keep shooting compared to the golden light I had just moments before.

At Myvatn the ice is almost gone, but in some of the most active areas the birds have arrived and they know this is where they belong. This is what needs to be understood about the life of birds. I have often noticed that birds – even generations of birds – go to the same location as their ancestors did even though their habitats have been destroyed. A good example is the ptarmigans in Akureyri who go to the same location year after year looking for their nesting site. For ages ptarmigans made nests in the area which today is the parking lot of Byko hardware store in Akureyri. Still today the ptarmigans can be seen walking on the parking lot as if they are searching for something. I have the feeling that generations of ptarmigans have developed a location sensor telling them this is where they should be. They really don´t seem to understand that today their nesting site is a parking lot. We know puffins, arctic terns and many other species also use the exact same nesting spot year after year.

When photographing birds we try to stay as low as possible. Being at eye-level makes the birds seem closer and profile photos of the birds appear to be closer and more personal. When photographing the Red-necked Phalarope above the lens was near the water which creates more intimate feeling in the photo and the depth of field makes the image more simple.

There is no competition with the golden light of the sun. Too bad it only lasted for 45 minutes. After two hours sitting at the edge of the water in the minus 3 celsius I packed and went back to the car. One hour later it was snowing.

This summer we have been planning how to get closer to the birds with advanced camo – of course without disturbing them. New camo is the key, but also waiting for them to get closer on their own terms. Sensors and lenses don´t compensate for the need to hide and have patience to wait for them to get closer. Some use the legs as a zoom in landscape photography, we have found it more useful to use patience and camo when it comes to photographing birds. The patience is rewarded, not only with photos, but also the privilege to be able to have an insight into the life and behavior of birds. They constantly remind me of us humans. Our love-life and life´s struggles are in many ways very similar.