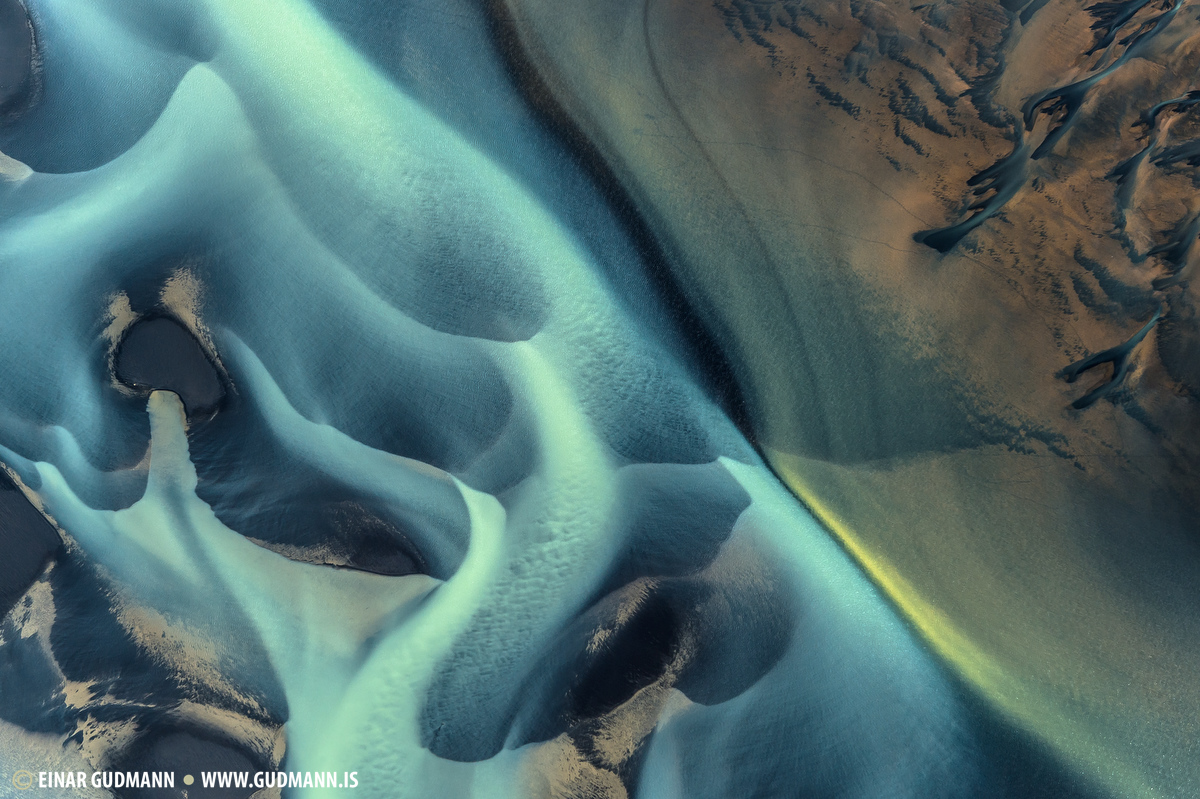 We all see the same thing differently. Changing perspective changes everything. It was a dream to fly and take aerial photos this summer. Around the year 2000 I photographed most of the popular salmon and trout rivers in Iceland from the air and published the photos on CD´s which were sold to flyfishermen. The purpose was to show the fishermen how the rivers looked from the birds view. I was very active in flyfishing for trout and char at the time and knew the advantage the knowledge about the bottom of the rives could mean. Those were the days of positives and negative films. The luxury of digital photography had not arrived. In one four hour flight it was common for me to take 24 films which meant a lot of work at scanning and processing. This also meant that I did not take any landscape photos.

Last week I made plans to fly over south-Iceland. The objective was to find abstract formations made by streams and flows of the rivers. We probably took thousands of photos during the more than four hour flight. Some of them make one stop and wonder how these formations are made. Keeping in mind that these are aerial photos taken at several hundred feet altitude it is spectacular to see how colors and streams blend together.

We flew over most of the rivers on the south-coast of Iceland, then to Þórsmörk, Fjallabak, Landmannalaugar, Veiðivötn, Eyjafjallajökull and finally to Langasandur and finally landing with high hopes of good shots on our memory cards.

I probably took almost 3000 photos which is like 83 rolls of film and three times more than I would have shot during the film days. What a blessing to have digital cameras. Not only is the quality not comparable but the work afterwards much easier.  Many photographers have nostalgic feelings about the romance of the film days. I am not one of them. I will never miss the film days.