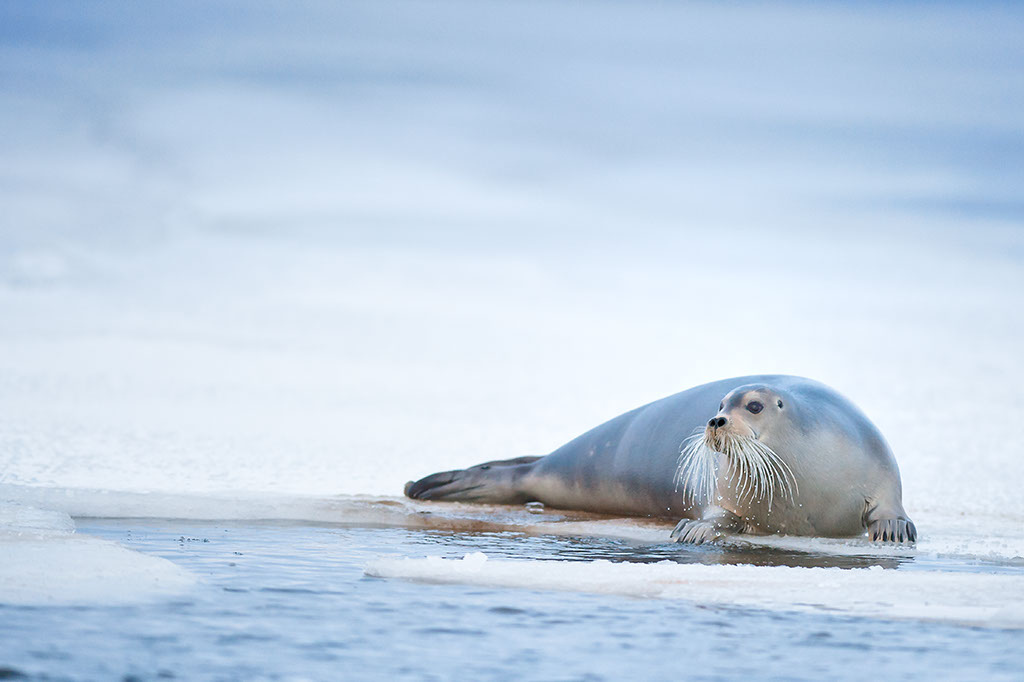 Birders and wildlife photographers travel around the world for the mere chance to get the shot of some rare bird or animal which is difficult to find. More often than not the opportunities are not there when you expect or want them. Driving around the countryside, searching for hours or days result in nothing. Then one day the opportunity is there without warning and not exactly where one would expect. Sometimes closer to home than to be expected. This is what happened few days ago when a friend of mine called me and said;

“There is a  bearded seal on ice at the petrol station”.

When I arrived it was clear that he was right. Well- in a way. Few hundred meters from the petrol station was the seal at the seashore on ice. Many curious people were there, taking snapshots of themselves with the bearded seal. Even touching it. These seals are funny creatures. Most of them are very calm and don´t move even though someone gets really close. No other seal-specie behaves like that as far as I know.

I hate taking photos of animals or birds with strangers around. Normally wildlife photography takes place somewhere where there is peace and quiet and no humans around except my wife or friends.  I have a rule not to take photos of captured animals and this seal was not captured, he was simply hunting fish. This teaches us not to overlook the possibilities close to home. It is only daylight for two hours these days in Iceland. It was quite late when I arrived but some good shots made it to the sensor.